“Giochi – it’s a knockout” has also taken place in Ghajnsielem  in front of the band club and football club on Thursday 1st September from 8pm onwards. There was a good crowd of supporters to cheer on the four teams taking part. The event consisted of the giochi for adults, fun games for children, guest singers and a presentation of Gozitans Miss Malta contestants. The participating teams were made up of Ghajnsielem young youths, footballers, members from Ghaqda tal-Armar and others. The winning team in this event was the team called Red devils with 26 pts, followed by the White force 25 pts, Xalaturi 19 pts and Tax-Xemx 10 pts. The final game decided the winner between the Red Devils and the White force in a tight game. The winning team was presented with a trophy Ciangura while all participants were presented with medals. The winning team is now to represent Ghajnsielem in the Finals at Marsalforn next Sunday, the 11th of September. This activity was held in full collaboration of Ghajnsielem Local Council. 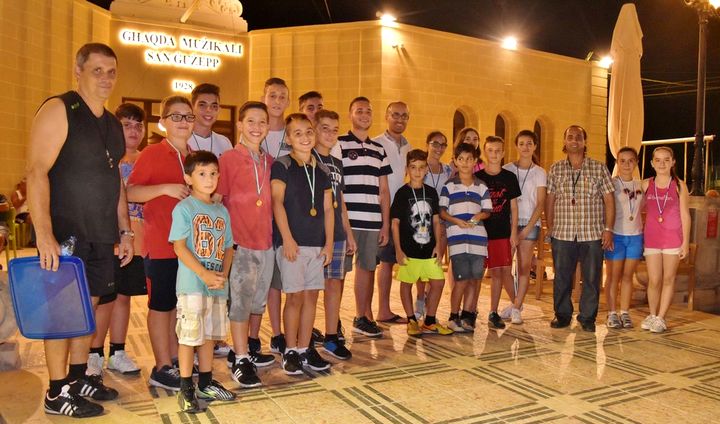