A look at the previous administrations.

The first was the Gozo Civic Council, a statutory local government body having a distinct legal personality, established on 14 April 1961.  Elections for the first district committees took place on 4 June 1961 and Ghajnsielem, like all other villages, was to return six candidates.  Seven candidates contested the election.  Domenic Scicluna, obtained the highest number of votes, in descending order, by Joseph Cauchi, Anthony Grech, Publius Scicluna, Amabile Xuereb, Carmel Agius, and Mariano Xuereb.  The first six were elected and on 19 June they in turn elected Joseph Cauchi to represent Ghajnsielem on the Gozo Civic Council.  Cauchi was elected by lot as in the second count he got the same number of votes as Amabile Xuereb.  The Council was made up of fourteen members; they represented the town and the thirteen villages of Gozo.  It held its first meeting on 4 July 1961.  The Council and the district Committees functioned until 4 December 1973, when the then Prime Minister Dom Mintoff suppressed the institution through an Act of Parliament. 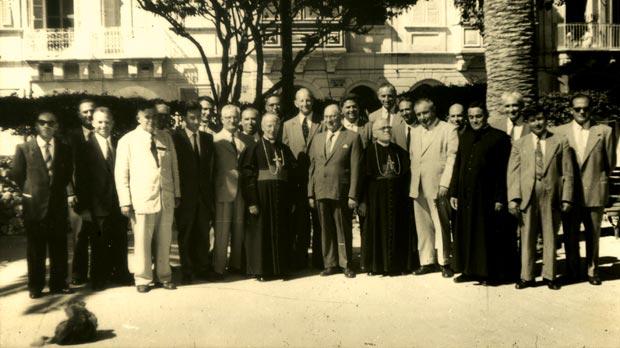 Local Government was established in 1993 following the Maltese Parliament’s approval of the Local Councils Act (Chapter 363 of the Laws of Malta) on 30 June 1993.  This law set up Local Councils in 67 localities (later increased to 68).  Furthermore, it now serves as a regulatory mechanism for Local Councils’ operations. The system presents a basic form of local government that gives authority to citizens to take control of some aspects of the local community life and organisation, such as traffic flows, road improvements and social activities within the towns. Elections are nowadays held every four years and all citizens older than 18 are eligible candidates. Here is a look at the past local council administrations:

The first election for the Ghajnsielem Local Council took place on Saturday, 19 March 1994.  With an estimated population of 1972, there were 1464 registered voters, amongst them 18 foreigners. The district was to return five councilors.  Eleven candidates contested the first election: six on behalf of the Nationalist Party, four independent, and one on behalf of the Saint Joseph Philharmonic Society.  1164 persons cast their votes, but only 1103 were valid, resulting in a quota of 184.  The Nationalist Party candidates elected were Francis Cauchi, Charles Spiteri, Paul Austin Stellini and Joseph Camilleri; while the independents elected one candidate, Imperio Portelli.  On 6 April 1994, the candidates elected Francis Cauchi as the first mayor of Ghajnsielem. 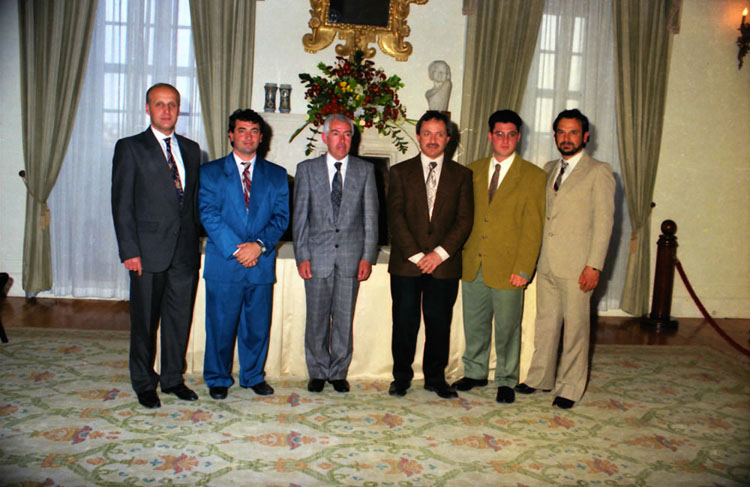 A second election was held on 9 March 1996.  Out of an estimated population of 2175, there were 1580 registered voters.  Nine candidates contested the election.  1264 persons voted, but only 1209 cast valid votes and the quota was 201.  Four Nationalist candidates, that is Francis Cauchi, Joseph Camilleri, Charles Spiteri and Stephen Mercieca; and Imperio Portelli, an independent, were elected.  The other votes were obtained by a candidate of the Ghajnsielem FC and another called Citizen Initiative.  The first sitting of the second Council was held on 1 April 1996 and the councilors confirmed Francis Cauchi as mayor for the second term.  Charles Spiteri was soon afterwards elected from among all Gozitan councilors to represent the local councils on the Board of Directors of the Gozo Channel, the company that runs the Gozo-Malta Ferry Service. 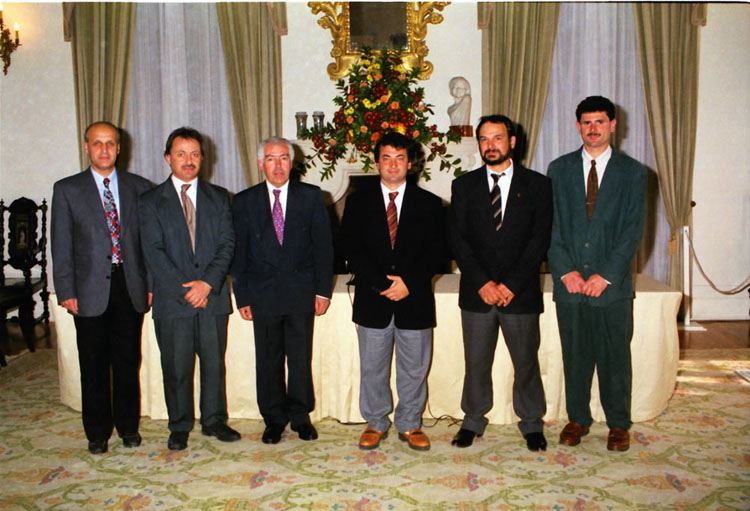 A third election was held on 13 March 1999.  There were 1691 registered voters.  Eight candidates contested the election.  1290 persons voted, but only 1246 cast valid votes and the quota was 208.  Four Nationalist Party candidates, that is Francis Cauchi, Stephen Mercieca, Joseph Debono and Lorietta Buttigieg; and Alfred Buttigieg, a Labour Party candidate, were elected.  The other votes were obtained by an Independent candidate.  The first sitting of the third Council was held on 5 April 1999 and the councilors unanimously confirmed Francis Cauchi as mayor for the third consecutive term.  In May 2000, Natasha Cassar replaced Lorietta Buttigieg on the latter’s resignation. 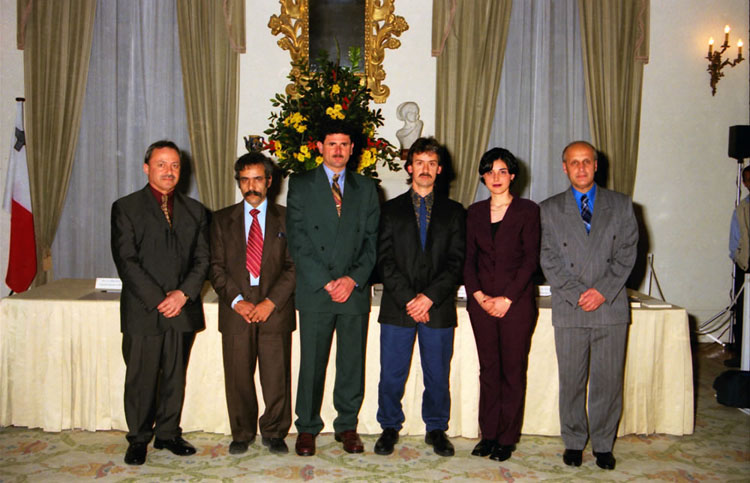 A fourth election was held on 9 March 2002.  There were 1857 registered voters. Nine candidates contested the election.  1444 persons voted, but only 1368 cast valid votes and the quota was 229.  Four Nationalist Party candidates(72.00%), that is Francis Cauchi, Stephen Mercieca, Joseph Debono and Francis Xuereb and Peter Caruana, a Labour Party candidate (27.00%) were elected. The first sitting of the fourth Council was held on 1 April 2002 and the councilors unanimously confirmed Francis Cauchi as mayor for the fourth consecutive term. 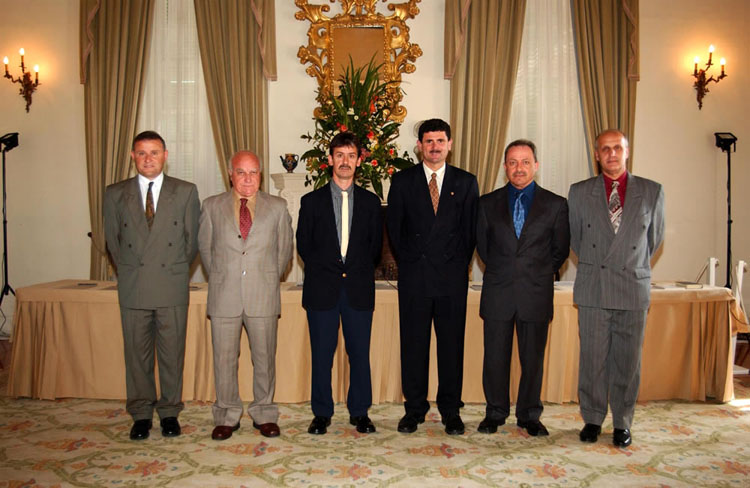 Local elections were held on 12 March 2005. In this election, Francis Cauchi (23.48%) was automatically elected Mayor as he managed to obtain the largest number of first count votes. According to the amendments to the Local council Act which was recently approved in parliament, mayor and deputy mayors are elected by the residents when they cast their ballot. In fact, the councillor with the highest number of votes of the party that has the absolute majority of seats in the council is automatically elected mayor.  The other four elected candidates are Tony Lateo (8.27%), Stephen Mercieca (13.32%), Larry Buttigieg (16.29%) and Joseph Debono (11.3%). During this election, results in Ghajnsielem were making quite a bit of news mostly because the PN suffered a heavy loss of -14.23% (the biggest loss from all localities). Independent candidate Joe Debono not only took the PN votes here but also a seat. He was the only independent candidate to be elected. 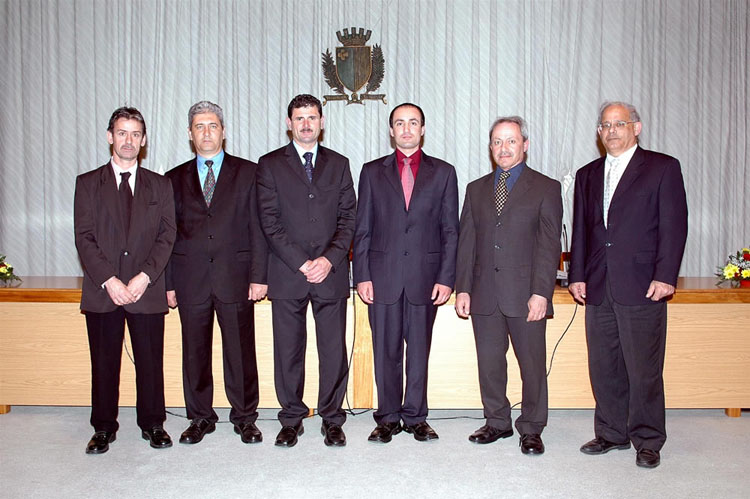 Elections were held on the Saturday, 15th March 2008. Francis Cauchi has been re-elected Mayor of Ghajnsielem for the sixth time, after winning the largest number of first preference votes, this time totalling 430 (23%). The popular mayor managed to obtain the highest number of votes in every election held since the inception of the Local Council back in 1994. Stephen Mercieca (21%) has been re-confirmed as deputy Mayor. The rest of the five-seat council will include Larry Buttigieg (21%), Joseph Camilleri (14%) and Peter Caruana (7%). For the first time, the MLP managed to win a second seat in Ghajnsielem, a PN stronghold. All elected candidates including Joseph Camilleri and Peter Caruana have already served in a previous administration. 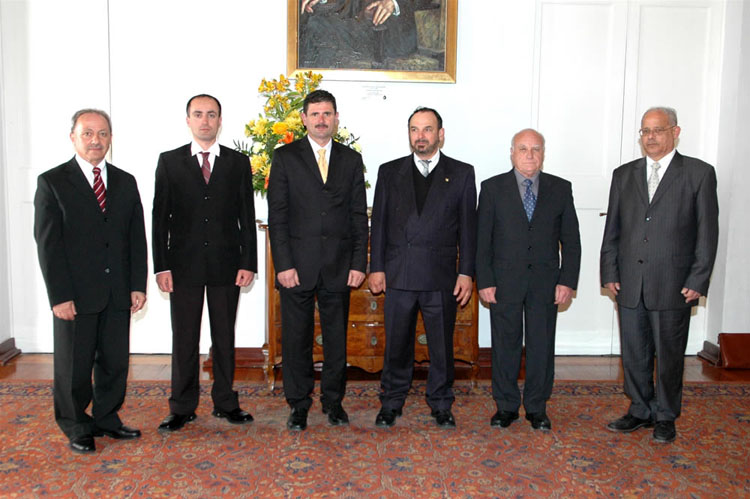 Francis Cauchi has been re-elected Mayor of Ghajnsielem for the next three years, after winning the largest number of first preference votes (308 votes) among the PN candidates. This was the seventh time that Francis Cauchi was elected Mayor as he managed popular to obtain the highest number of votes in every election held since the inception of the Local Council back in 1994. Ghajnsielem will also have a new deputy Mayor after newly elected Franco Ciangura secured the second largest number of votes from the PN. The Nationalist Party gained an overall majority of 65.7% thus obtaining three of the five seats available. The new council will also include Larry Buttigieg (PL) who obtained the highest number of votes, Stephen Mercieca (PN) and Peter Caruana (PL). 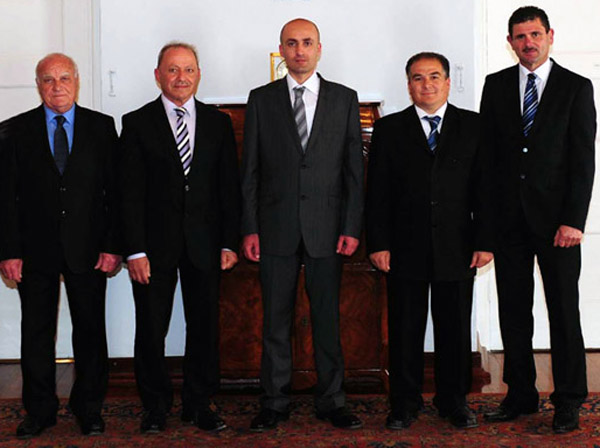 The election was held on Saturday 11th April 2015. Franco Ciangura has been elected as Mayor of Ghajnsielem for the next four years, after winning the largest number of first preference votes (399 votes) among the PN candidates.  Kevin Cauchi was elected as the new Deputy Mayor after contesting for the first time. During this election, the PN managed to obtain 52.76%, the lowest result ever. This was mainly due to the fact that former PN councilor Stephen Mercieca unsuccessfully contested as an independent candidate, obtaining 13.06%. The other three councilors elected were  Larry Buttigieg (PL) who once again obtained the highest number of personal votes, Kareen Xuereb (PN) and Peter Caruana (PL). 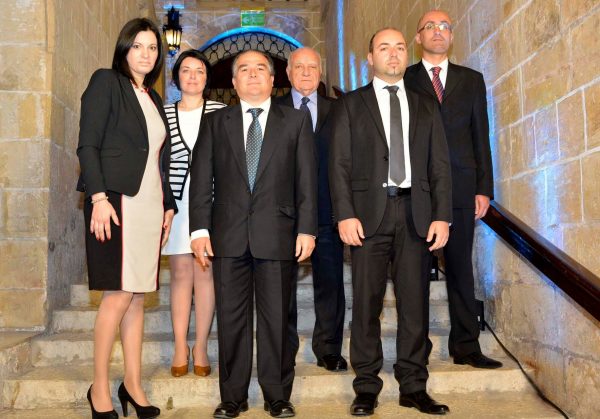