The Comune di Tolfa invited once more a delegation from Ghajnsielem to represent Malta in the twelfth edition of Tolfarte, a popular street festival of arts, crafts and music.

The Ghajnsielem delegation was led by the Ghajnsielem Local Council and youths representing all the NGO’s in the locality. Collectively they exhibited a Maltese table of local food and sweets for all those present to taste our products.

An official ceremony was also held at Piazza Bartoli were the Mayor of Tolfa, Luigi Landi, presented a commemorative gift to Mayor Franco Ciangura who reciprocated such gift with a souvenir from Ghajnsielem.

A delegation of about 40 participants from Tolfa, led by Tolfa ex Mayor Alessandro Battilocchio, joined the Ghajnsielem community in the feast’s celebrations for the entire feast’s week. 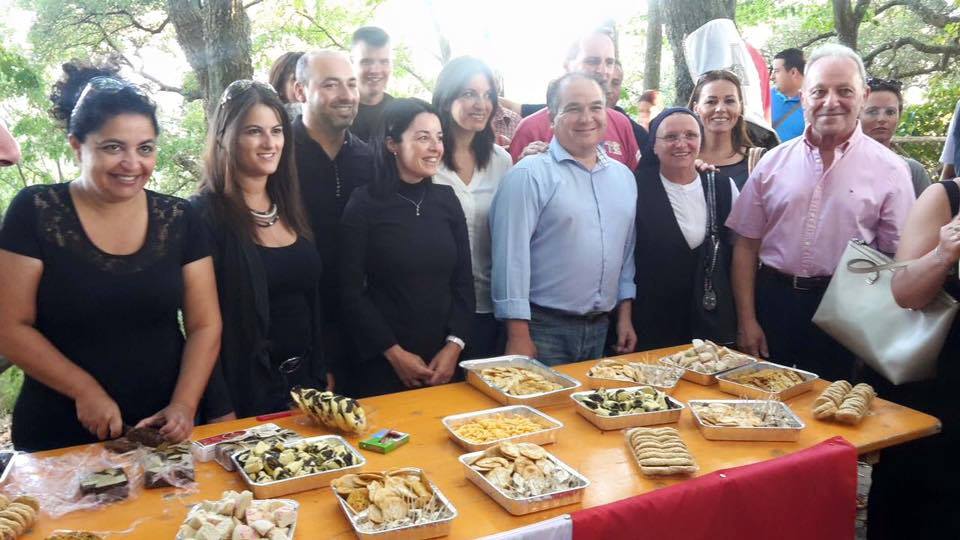