Major projects in the pipeline

The Ghajnsielem Local Council is working on several projects based on the  Sustainable Locality Action Plan (SLAP) . The SLAP focuses on three areas: Sustainable Transport, Accessibility, Mobility, Sustainable Local Economy and Sustainable Energy Consumption. The SLAP was the outcome of an extensive community engagement process, which included a household mail shot, the setting up of the ‘Ghajnsielem into the Future!’ website, radio broadcasts, focus group discussions and a community-wide interactive exhibition and workshop. Below are three major projects which the current administration has set as priority.

During the last few months, the Ghajnsielem Local Council started excavations works on the site that hosted the historic ‘Għajn tal-Ħasselin’ in the heart of the Apparition Square or as is better known, the ‘Pjazza tad-Dehra’. The Local Council is restoring this historic arcade by building an imitation of the original building.

During the excavation works under the strict supervision of an an archaeologist from the Superintendence of Cultural Heritage, part of the original walls including the back and side wall and part of the floor were the original ‘Għajn tal-Ħasselin’ were found intact in their original state. An opening leading to a World War II shelter was also found on the same site.

This ‘Għajn tal-Ħasselin’ was built by Grandmaster Ramon Perellos in 1710 and was dismantled in the year 1953.

It was in this square that ‘Għajn Salem’, the spring that gave its name to the village used to flow. And it was near this spring that an arcade and six stone washing basins were built by Grand Master Raymond Perellos  for the increasing population of Ghajnsielem started to gather and form a community as we know today.  For over two centuries, from dawn onwards the area around the spring was throngs with chattering woman who congregated there in the mornings washing the laundry in the troughs while the man lazing off their afternoon under the canopy of the mulberry trees. Rare where the occasions where the spring remained idle. But to maintain hygiene in such a place was a problem. Less and less care was taken to the washing area and in the latter years of its existent, the arcade was left in a state of reckless abandon, the whole place stinking with filth until its removal in the early 1950’s to make way for a new square. 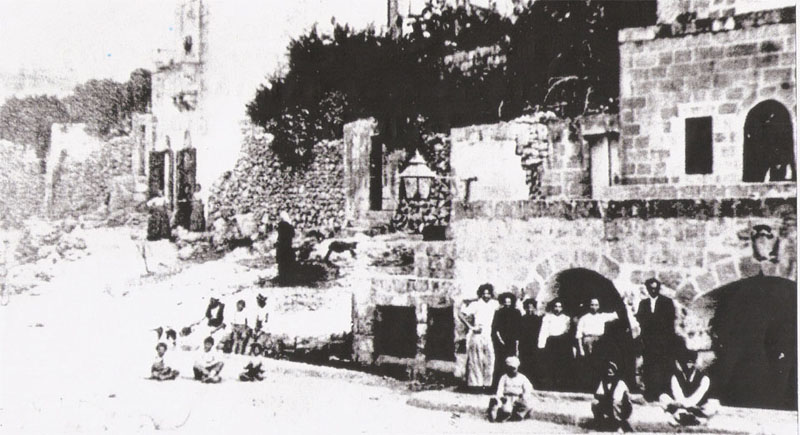 The Ghajnsielem Local Council has applied for a full development application for the transformation of Ta’ Passi fields into a recreational family park. The project will include embellishment of the current passages, light and water features, rebuilding of current rubble wall, a permanent ponds and springs, animal shed, public convenience and a visitors center. The project will complement the nativity village (Bethlehem f’Ghajnsielem event) in December while the area will be turned into a family attraction for the rest of the year. It must be said that the wooden structures in the ODZ area will still be dismantled from year to year while the visitors center will be built within the building scheme.

Embellishment of the Main Square

The embellishment of the main square is high on the agenda. Negotiations are  currently underway with several entities including the Gozo Curia, Ghajnsielem Parish, Ministry for Gozo and MEPA. The project will include new paving, street furniture, removal of wires and other structural alterations.

The Ghajnsielem Local Council is planning to improve the picturesque bay of Ix-Xatt l-Ahmar by adding a number of facilities. The Red Bay (Red because of the reddish brown colour of the soil of the terraced fields falling towards the bay) is very popular with divers and locals due to several beautiful swimming spots off the rocks. The facilities will include a public convenience, dressing room and better accessibility to the area. 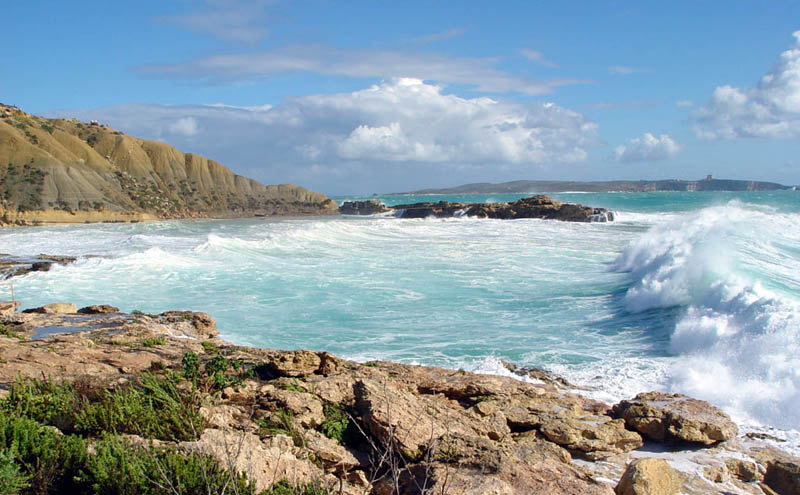